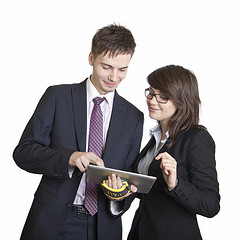 As a recruiter you see it all, the good, the bad and the ugly (metaphorically speaking). Over the years you witness and hear of some incredible stories and we thought it was about time we shared just a few with you!...

A software contractor for Verizon in the US decided that outsourcing his work would allow him to do the things that work got in the way of. He employed a software development company in China to undertake the work that Verizon was paying him for. The code he submitted was clean, bug free and well-written. However, the company became suspicious when the IP address accessing his computer was based in China. The contractor had spent his days surfing the net, updating Facebook and little else, until he got caught.

Do you really know what your partner does? 28% of IT contractors lie to their friends and family, keeping their work secret out of fear they may be asked to provide first-line support!

An interim manager was seeking a new assignment and found the perfect contract online. His background and experience was a great match, so he crafted a targeted covering letter, edited his CV and forwarded an email to the company. A week later he received an email from the IT director explaining that he had forwarded a virus in his CV and shut the company’s IT systems down. He was not considered for the position.

A contractor had forgotten to wear socks one morning and was feeling very self-conscious. Rather than suffer without, he decided the best course of action would be to colour his ankles black with a marker pen.