AI and the Future - Where Are We Heading? 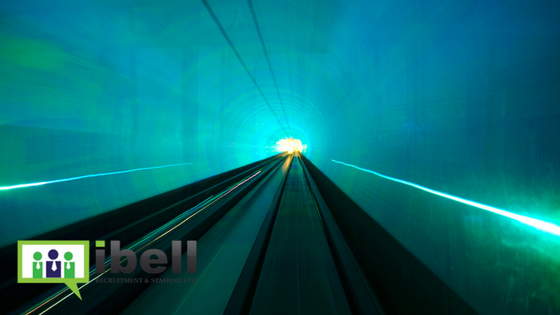 In recent times we’ve posted other blogs on how artificial intelligence has already been incorporated into our everyday work lives (even if we often don’t know it) and how this will impact industries, organisations and individuals. The changes will be significant, but so far, we’ve reasoned that the changes will be beneficial. We haven’t discussed what the possibilities are with AI. Where could artificial intelligence lead us over the coming decades?

Human cyborgs, should they ever exist in the Hollywood sense, will come about from human augmentation - the process of making oneself greater - something that’s been happening since the first human picked up a stick to use as a tool. Neil Harbisson, the first person to be legally recognised as a cyborg, has an antennae implanted in his skull that collects and sends data to his brain about his environment - electrostatic radiation levels, music, images - all converted to audible vibrations. Fantastically, his antennae also allows him to hear colour. Neil is the world’s first trans-species activist and fights for the rights of cyborgs and provides assistance for those who want the transition to becoming a cyborg. Will cyborg rights be the new face of discrimination legislation in the future? Probably, but that is a discussion best left for an article another time.

Augmenting the human body with technological advancements is not new, but the current rate of development of exciting enhancements is very exciting. Human enhancement technologies (HET) were initially developed to treat illness and disability, but mankind has quickly moved beyond this and we are now exploring incredible possibilities - retinal eye implants to allow us to see in the dark, neuro-enhancements to improve memory, nano medicines (for example biological delivery systems) and nano-materials to increase recovery times. We’re heading in an exciting direction with endless possibilities.

Beyond the development and application of human-robot implants is the philosophy of Transhumanism - a movement dedicated to developing technology to enhance the human condition.  Moving beyond the merely physical, Transhumanism seeks to explore the possibilities of combining human and robot intellects. Where this movement leads us is, literally, the stuff of science fiction. Imagine whatever inventive technologies your mind will permit you and they could well be a reality in the not-too-distant-future.

Bill Gates, Elon Musk, and Stephen Hawking have all warned about the rapid development of artificial intelligence and the existential dangers it might pose. Facebook created chatbots and coded them to negotiate a trade with each other over simple objects with specified values. The chatbots quickly stopped communicating in English and developed a more efficient language. Unfortunately the humans that programmed the AI couldn’t understand the new language and the experiment was shutdown. Facebook’s AI might not have broken Asimov’s Laws, but for artificial intelligence to have acted so surprisingly, could we create AI that we can’t ultimately control?