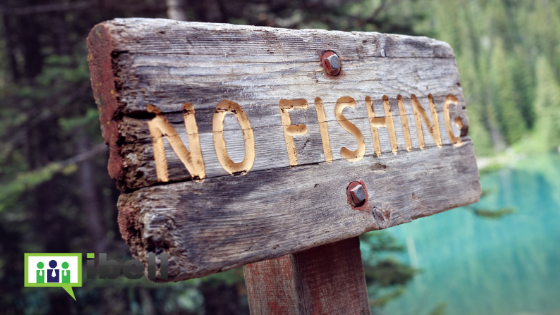 Picture the scene: you’re a top performer in your field and you’ve just been offered an ‘amazing’ job at one of the country’s, possibly even world’s, top five companies. The salary is huge and the ‘perks’ fantastic. You’re an expert, now up there with the best of them. You have however also been offered a position with a much smaller firm that’s exciting, dynamic and growing. The salary is quite acceptable and certainly more than you earn now, but the benefits are not the same as those offered by the big company (although you do get a parking space!)...which company do you ultimately accept the offer from?

The top-five company can offer you a range of incredible benefits, millions of pounds invested in research and development, international opportunities, a fantastic name to have on your CV and the chance to work with the best minds in your field…so why wouldn’t you want to be a small fish in a big pond?

The smaller company cannot come close to matching the benefits offered by the big company, their research budget is considerably smaller and the talent you’ll be working with may well not be composed of international influencers, but with your skill, experience and innate talent, you will be a big fish in a small pond.

A study by Canadian researchers sought to find out whether small towns or big cities produced more sports personalities. 2,240 professional athletes were interviewed about their origins and it was discovered that the vast majority came from smaller towns, rather than large cities. In fact 87% of all National Hockey League players in America, for example, came from towns with fewer than 500,000 residents (that may be sizeable for the UK, but it’s small for America!). In the world of American and Canadian sports, you are considerably more likely to succeed as a big fish in a small pond, than you are being a small fish in the vast pond of a big city.

Research by Gong, Sun, and Wei in 2017 examined the effect of relegation on football players, where their team had been demoted from the Premier League to the First Division. Although clubs that had been demoted often then lost their most prized players, the remaining squad found they had, on average, an additional 12% more time of play, allowing the remaining team to improve - they had become the big fish in the little, or littler, pond. Rather than remaining on the bench (as they had often been in the Premier League) the players were playing more, which had the benefit of improving their game and long-term career prospects as footballers.

The offer of a dream job in a dream company may not be the dream you expect it to be. Being a smaller fish in a bigger pond can often mean being drowned out in the noise of all the other smaller fish. The benefits may be fantastic, but will being a small fish there help your career? In a big pond would you find yourself sitting on the bench at times? By contrast, the smaller pond may well afford you many more opportunities to demonstrate your skill and shine. Will you feel more satisfied working for one company than the other? Are you after a brand name for your CV or the next move in a career you have dedicated your life to developing?

Big ponds are fantastic places to be if you need the resources or want the ‘perks’ that a big company can very often bring, but smaller ponds perhaps allow you to be noticed, for your voice to be heard, and for your skill and experience to matter more. Are you better off as a small fish in a big pond or a big fish in a small pond?