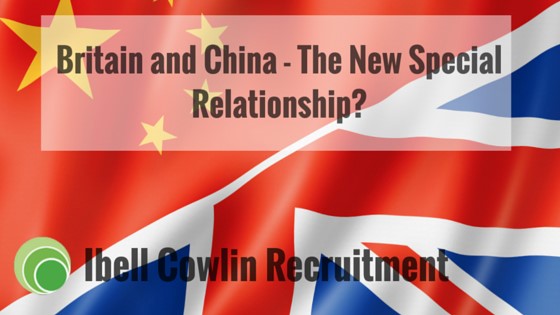 Many words have been used to describe the visit by the Chinese President, Xi Jinping, to our hallowed shores. Historic, unprecedented, monumental, extraordinary, the adjectives struggle to keep up. Indeed, the pomp and ceremony afforded to the Chinese premier was staggering in its finery and extravagance, but entirely necessary to convince them and the people of China (his audience) that £30 billion of investments to the UK will be a fruitful endeavour.

In fact, the announcements that have followed the visit has been very impressive and are far too lengthy for us to cover in our humble post, but we thought it useful to try to comprehend the bigger deals that have emerged and what they might mean for the UK.

The funding for the HS2 project has now been made open to Chinese companies to bid to secure the multitude of contracts available in the first building stage of three. This might be a little far-sighted as the project has yet to receive the green-light from Parliament, but the, almost, £12 billion in potential contracts will make it very attractive to a market that has boomed over the last two decades with gargantuan infrastructure projects the envy of many developed nations.

Geely, the Chinese manufacturing company that produces the London black cab, has announced that it will invest £50million into its existing Coventry plant to enable the development of a hybrid taxi that can produce zero emissions. This investment will bring jobs in research, development and production over the coming years and is typical of the plethora of smaller investments that will have a significant impact on the wider UK economy. Aston Martin have also struck a deal with China Equity to develop the Rapide S, an all-electric sports car to rival the existing offerings from Tesla et al, with much of the development taking place in China.

A £6 billion investment in the development, building and running of a state-of-the-art nuclear power facility at Hinkley Point (as well as providing funds for new reactors at Sizewell) is the flagship of the investment announcements. There are cogent arguments for and against, but what the Chinese are bringing to the UK is a showcase of the latest in nuclear technology that they hope will be touted across the globe as the panacea required to meet future international energy demands. The UK will become a bit of a shop window, but the new generation of nuclear energy could also bring huge savings and a more secure energy future.

According to figures released by Downing Street, for every 22 Chinese visitors to the UK, one job is created in the hospitality sector, and with an increase in Chinese tourists of over 35% in the preceding 12 months, it looks like the relaxing of tourist visas for Chinese nationals will result in the creation of a considerable number of new jobs over the coming years.

All this investment is wonderful and will have a significant impact on the UK economy, but there must be a catch, right? There is. Teeside Steelworks went into administration at the start of October with the loss of almost 2,500 jobs, as well as 160 years of dominant, regional history. The Chinese have been over-producing steel for some time and need new markets to sell to. There might not be a direct correlation between the two, but we would expect that Chinese steel would soon be flooding in into the UK markets. £30 billion of investment also buys a considerable amount of support on the international stage. These realities are no big surprise, for what trade deal has been struck without reciprocity? It’s how the global wheels of trade are oiled.

Other trade deals encompass the film industry, TV production, property investments, financial services (China made its initial sale of debt in London recently), currency trading and a considerable amount besides.

All in all, the plethora of deals signed (before and after) Xi Jinping’s visit are going to be a tremendous boost for the UK economy and, as they touch so many industries, we hope that the benefits of the closer ties will be felt UK-wide.