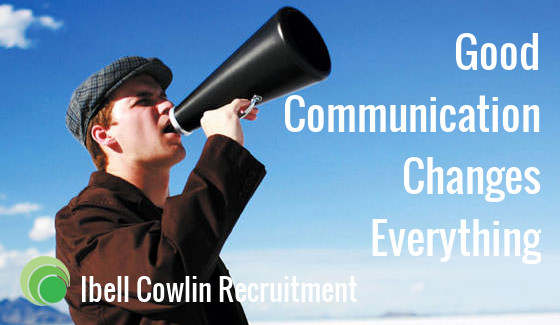 Our last blog, "Blusterous Blunders", was about the disasters that can strike after a simple, but devastating communication error and so this month we thought we would provide balance. If you work in the world of communication, whether as a freelance copywriter or the marketing director of a multi-national blue-chip, the power of effective communication cannot be measured merely in terms of financial gain.

On the 28th August 1963, the American Baptist minister, Doctor Martin Luther King Junior, delivered a speech so powerful that it has influenced thinkers, people and nations in every one of the 63 years since its delivery. In the opening lines, Dr. King refers to the Declaration of Independence, the American Constitution, the Emancipation Proclamation and the Gettysburg Address, profoundly rooting his speech in the context of the great moments in American history that helped shape the country. His too was a speech with which America has since been defined and tried to shake-off the shackles of racism.

But what made this such an historic speech and worthy of highlighting as a communication success? The simplicity of his message, providing context, the repetition of his core idea ("I have a dream…"), the invocation of emotion ("flames of withering injustice"), and the simple fact that it was beautifully crafted, not too long and kept everyone person (then and now) in rapture. Few, if any, political speeches have had the same effect since and few have been referenced so frequently. The immediate legacy of the speech was apparent when in 1963, Dr. King was awarded the Man of the Year by Time magazine and in 1964 became the youngest person (at that time) to be awarded the Nobel Peace prize

Few people have heard of him, but without doubt he has the talent, and recognition, to highlight what great communication truly is. Crowned the Toastmasters' 2015 World Champion of Public Speaking, Mohammed Qahtani delivered a speech on "The Power of Words" where he eloquently argued that words are the most powerful instruments we possess. He put it best himself:

"Words have power, words are power, words could be your power. You can change a life, inspire your nation and make this world a beautiful place. Isn’t that what we all want? Isn’t that why we are all in this world? Your mouth can spit venom or it can mend a broken soul."

His content, timing and delivery were (literally) word perfect and demonstrated the power of words to lift others and improve the lives of everyone.

For our last example of communication brilliance, we turn to, undoubtedly, one of the most successful business leaders in history, Steve Jobs. In 2005, Jobs gave the commencement address to the graduates at Stanford University (the previous year he had been diagnosed with cancer). In his own words:

"Your time is limited, so don't waste it living someone else's life. Don't be trapped by dogma. ... Don't let the noise of others' opinions drown out your own inner voice. And, most important, have the courage to follow your heart and intuition. They somehow already know what you truly want to become."

The speech was longer than merely these few sentences, however, these sentences demonstrate the heart of his philosophies and the principles by which he lived. He communicated succinctly that which defined how he lived and how he hoped others would too. Again, the power of words to affect people, motivate and drive them towards a better and more rewarding life.

Communicating thoughts and ideas coherently and engagingly will draw others to your cause, product or service, whatever your area of expertise. Good communication can deliver the most groundbreaking of political ideals, bring people to tears, tear down barriers, give people hope, and change the world. Now, we ask you, before you deliver your next message, how will you change your world?