How to Embrace Artificial Intelligence in Your Office 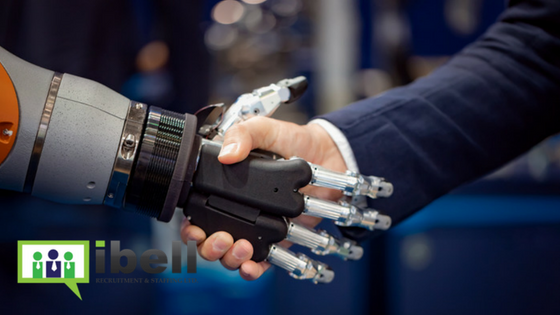 With robots making unstoppable inroads into every facet of our personal and business lives, and with us having already discussed industry-specific artificial intelligence possibilities, we thought it time to see what robot options are available for the “average” office. What do they do? And how much do they cost? Etc.
Virtual Assistants

Voice-controlled assistants (VC interfaces) are quickly becoming prominent in residential environments and people are warming to the thought of having Google, Apple’s Siri, Microsoft’s Cortana, Amazon’s Alexa, or (in the near future) Facebook’s M as a constant presence at home. They take care of the mundane (adding items to shopping lists, adjusting the home’s light settings etc.), helping save time and providing a benefit to general household organisation - the benefits of virtual assistants in the commercial environment are obvious.

In an office, such technology could be used to instantly recall specific data, request holidays, email clients, and a great deal more. Companies such as FinancialForce are helping to develop software that integrates SalesForce into Alexa. Complex tasks have been distilled to simple voice requests, allowing users to automate complex workflows, saving time and the company considerable costs.

The thinking behind telepresence robots is to allow employees to virtually “teleport” into remote offices from one location. After years of honing the various technologies, several companies are now selling mobile robots with integrated tablets that enable personnel to provide a virtual presence when they are unable or it is impractical to be physically present.

The robots can navigate offices and be present in designated rooms at specified times, allowing, for example, employees to attend meetings. Although the artificial intelligence capabilities of telepresence robots are more limited than other robot options, with prices starting from £6,000, this could be a cost efficient solution to reducing the number of unnecessary business journeys within an organisation.

HRP-4, developed by Kawada Industries in Tokyo, this 5’2” humanoid robot (a robot built to look like the human form) can deliver post, pour drinks, and recognise its colleagues. Although the company is still developing the full potential for HRP-4, they hope it will one day take over the function of a secretary in the office environment. Prices will start at $350,000 however, making this an expensive option.

Henry, the software the company uses to process claims, has reduced the incidence of errors, reduced the data processing time from months to days, reduced the department spend considerably, and freed human workers to specialise in ways they were unable to before. Humans and robots have not only learned to work together, they have complimented each’s abilities and have been able to add considerable value to the company and their customers.

If you’re thinking of employing robotic assistance, look at how the humans you employ can be further developed and their skills better used. Permit the humdrum duties of your personal assistant to be replaced by a virtual assistant. Save money on travel costs with a telepresence robot and reduce errors with AI software.