Now is The Time of The IT Contractor 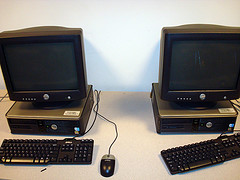 The IT contractor market has taken a bit of a hit over the last few years. As entire industries stagnated, the demand for the multitude of IT skills dropped. In December (2014), historically the slowest month of the year, the demand for IT contractors was at the lowest it had been for almost a year and a half.  A multitude of variables have been blamed for the slump, leaving technical freelance professionals craving a consistent increase in rates and plum contracts that, until recently, had been lacking. The good news is rates are up, vacant positions are in abundance, and IT contractors across the UK are gearing up for bountiful times.

To what do we owe this positive news? The increase in companies hiring developers (predominantly for mobile development - Java, Swift and C++) has started to drive the demand, with the REC (Recruitment and Employment Federation) reporting recently that for the last three consecutive months, the appetite for IT contractors has been growing, albeit slower than predicted, and slower than this time last year, but nonetheless, growth there is.

At the start of 2014, the Hiscox Insurance Knowledge Centre predicted the boom IT areas to be security (increased international threats driving demand), mobile development (everything is going mobile), Java (continues to be sought even after 20 years since launching), .Net (accounting for the framework of 90% of the world’s operating systems), and business analysts (bringing valuable skills to every business area). The need for these key talents highlight the areas where a temporary workforce bring the greatest rewards, offering the flexibility to hire-on-demand. They also represent the scarcest technical skills, helping fuel the upward trend in day rates. A scan of the job boards, itjobswatch.co.uk, and a myriad of sources, quickly underlines the increase in vacancies and rates offered. However, as companies continue to expand, so does the competition for the best talent (great news for top talent).

The immigration policies implemented by the coalition government have also squeezed the available skills, cutting off the tap of experts from outside the EU that had, for the last decade at least, been attracted to the UK’s technical hubs. This has left an increasingly diminishing IT workforce and has started a heated battle to source and retain the best talent for vital projects.

The outlook for IT contractors is incredibly positive. Now really is the time of the IT contractor, and with predictions from the European Commission and the OECD of global growth in the region of 3.6% this year and 4% in 2016, every sector, in every market, will be hunting for the best IT talent to satisfy demand and drive growth. The only rates hit by market slides have been in the oil sector, where behemoths, such as BP and Shell, have applied the thumb screws to IT contractors wanting to be retained on their current projects.

If you already work in the IT contract market you can expect your phone to be ringing hot over the coming 12 months. If you’re a permanent employee considering making the jump to life as a freelancer, there may be no better time than now to take the leap.

Photography courtesy and copyright of Sean