The Best of the Rest: What to Expect from the Last Half of 2016 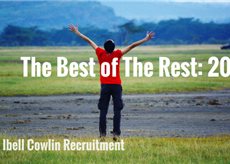 It’s hard to believe that we are only approaching the end of summer, considering all that has happened so far in 2016. You don’t need us to repeat that which you already know, but it would be great if the world could be just a little less crazy for a few months and give us all time to rest before the end of the year. No such luck. The year hurtles forward and with it so do we. Thankfully the big expected events of the year have, mostly, passed, with the exception of three we thought we had better bring to your attention…just in case you didn’t know already.

The iPhone 7 - 7th September (...yes sorry, we’re a little late reporting on this one we know)

Yes folks, it’s must be almost autumn as Apple have released the latest smart phone incarnation. The iPhone 7 was showcased on 7th September to the usual audience of Apple celebs and special guests with the usual pacing-backwards-and-forwards-with-unnecessary-whooping style that Steve Jobs fostered so effectively. For Apple watchers, the iPhone7 is not a huge departure from previous iPhones - the headphone jack has gone, there’s a new operating system, two cameras at the back and various other tweaks that have underwhelmed the Apple universe. When’s the iPhone8 coming out then?

In 1939, a German-Jewish refugee, Dr. Guttman, held the first sporting competition for WWII veterans with spinal injuries. This expanded into the first International Wheelchair Games in 1948 for UK veterans, four years’ later the Dutch were invited to take part (adding an international element). This was the forerunner of what is now the Paralympic Games. Grown from these humble roots is an international sporting event with 206 countries (including Russia!) and 10,500 athletes taking part in 528 events.

Rio promises to be the biggest Paralympic Games in history, however, the ticket sales have been a little more disappointing than the Brazilians had hoped. There is still time and the games are on for 11 days. A country known for their love of partying, Brazil has come more alive than usual and embraced the Olympic spirit whole-heartedly. We hope they continue the party to the Paralympics and give the athletes the support they deserve.

The US Presidential Elections - 8th November

In the current climate it doesn’t get much bigger than this. Yes, here in the UK we’ve had our own political earthquake this year, but that may pale in comparison, depending on the outcome of the US general election. It has been an incredible 14 months so far with the shift to the left (a little) from Hilary Clinton (as a result of her need to appease and appeal Bernie Sanders’ supporters) and the crazy lurching to the right of Donald Trump, who is appealing to the right of the right-wing Republican Party.

The thought of a Donald Trump presidency fills most with dread and, although, we hope, should the worst happen the effects on the UK and global economy won’t be too serious, it’s still a terrifying thought for many. However, there is a shining light and some excellent poll numbers. Hilary Clinton is leading in all national and most state-wide polls, the campaigns are being run in very different manners and the poll numbers are proving which is more effective. We hope common sense prevails and there is a smooth transition to a stable presidency, whoever wins.