The Fourth Industrial Revolution: who will rule the world? 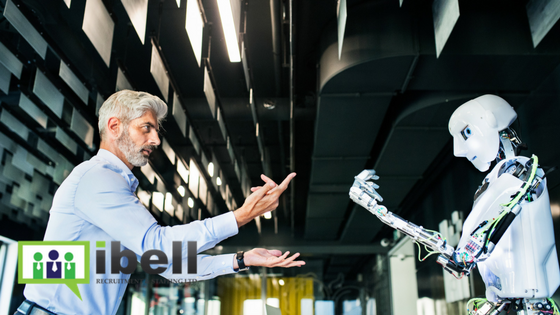 In case you haven’t noticed, and certainly of late you could be forgiven for doing just that, the future has arrived and, global pandemics aside, some people are a little nervous. Not long ago rarely a day went by without an article predicting the imminent robot takeover and the decline in the usefulness of humans. Are humans becoming surplus to some requirements? Are we facing a robot revolution?

The international Federation of Robotics estimates an increase of 15% in the robot population throughout 2018, the result of a healthy world economy and a wider range of robotic abilities available in the market. The most productive industrial countries (China, Japan, South Korea, the U.S. and Germany) are expected to increase the use in robots above all others as they seek to increase robotic use in industrial automation.

This may sound fantastic to the boards of big companies as they start to realise the financial and production benefits of automation, but where does this leave the workforce who, even if and when things return to normal after the current crisis, could well be losing thier jobs to uber-efficient machines that won’t phone in sick or assert any workers’ rights?

In January 2017, Fukoku Mutual Life, a Japanese insurance company, made 34 employees redundant and replaced them with an A.I. system that calculates how much should be paid out to policy holders. The pre-installation estimations were of increased productivity of 30% and a decrease in expenditure of over £1,000,000 per year, with the system being able to pay for itself in two years. A year later and all is going to plan.

Collaborative robots (cobots for short) were designed and developed not to take over the role a human might perform, rather they assist and interact with humans to help the humans better perform their job functions. First developed in 1996, cobots were initially developed to redirect and steer payloads in cooperation with humans, within large plant and manufacturing environments.

The humble delivery driver may soon be a thing of the past. Already being trialed in Hamburg, Germany, Starship Technologies has developed a pizza delivery robot. A six-wheeled, fridge-sized  delivery drone that can deliver up to five pizzas at a leisurely 4mph. Domino’s Pizza already have the Domino’s Robotic Unit (DRU) for designing and developing autonomous delivery vehicles and have started robot pizza delivery in California. Do we need to mention Amazon’s flying drone experiments?

Millennials may think they’ve got a handle on the fourth industrial revolution, but it’s the next generation that will be truly integrated into a world of robots. Sometimes known as Generation Alpha, the iGeneration, Digital Natives, or the Net Gen (anyone born from 2010 onwards), this is the generation that will see robots not as a threat but as partners. Already being trailed as a learning tool for this growing generation, CoWriter is a little desktop robot being developed by the Ecole Polytechnique Fédérale de Lausanne (EPFL) to help children to improve their handwriting skills. It’s proving to be a big success and is just the first step in automatons assisting with our children’s education.

It would appear, depending on your view/job/age, that robots will either be good or bad. Leslie Willcocks, Professor of Technology, Work and Globalisation at the London School of Economics Department of Management has studied the impact of robots in the workplace. “Far from being threatened, many workers have embraced the opportunity to take on more interesting work and view the robots as teammates.” Part of her study included interviewing people already working with robots and found that not only did employees not feel threatened by a robot invasion, the robots were given names and invited to office parties.

The first industrial revolution killed jobs and created jobs. New technologies lead to new opportunities. Who will rule the world? For the foreseeable future it would appear that humans will very much stay in charge.