What The Conservatives Will Do For Contractors 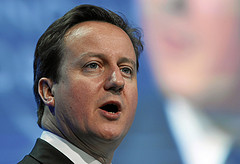 The Conservatives did it...they secured a majority and with it they beat all expectations. But we shan’t bleat on about how shocked everyone was, rather, let’s get to the point of this article: what will the new Conservative government do for contractors?

A majority government will certainly bring stability to the business sector and remove the doubts that existed throughout the last administration. However, the looming EU referendum is expected to bring a little instability as it approaches, probably within the next 24 months.

The government’s approach to the immigration issue will cause uncertainty in the contractor world. Skilled contractors being refused entry into the UK could result in an increased skills shortage, but investment in training British residents with complex technical abilities should see a powerful home-grown workforce able to plug the gap.

Changes to the travel and subsistence allowances tax relief that come into force in 2016 will have a major impact on contractors. Put forward in the last budget, the changes could have a significant impact on contractors, especially, for example, supply teachers who have no fixed work location  - this could result in up to a 15% reduction in their take home pay.

Further investment in high speed broadband is expected - this will be a huge benefit to contractors and businesses alike and will aid those who work from home. There government has promised to tighten-up the loop holes that allow tax avoidance schemes. Law abiding contractors have nothing to worry about. Those with dubious tax arrangements do!

Small Business Conciliation Service has been proposed to assist with small businesses who are beset with problems arising from late paying clients.

Some of the suggested measures could prove troublesome, but the contracting world has some powerful friends in the form of APSCo, the IPSE and the Contractor Services Association, each having stated that they will fight tooth and nail to ensure the best possible deals are reached for the self-employed and professional service providers.

Chris Bryce, Chief Executive of IPSE has expressed that “IPSE has an excellent working relationship with the Conservative Party, as indicated by the appointment of an Ambassador to the self-employed. We hope the Ambassador’s role can grow into a ministerial role in the new Parliament to reflect the increasing importance of the self-employed to the UK’s economy.” We hope that his positive outlook is reflective of things to come.

APSCo’s Samantha Hurley has pushed for the distinction between professional workers and those who could be open to vulnerability in the workplace, saying that, “It is crucial that any labour market strategy acknowledges the major differences within the UK recruitment sector. Access to highly skilled, professional talent, supplied in the main through business to business arrangements requires a different legislative programme to that required for the attainment of low-paid, potentially vulnerable workers. “

We hope the measures proposed and expected to be implemented won’t have a hugely adverse effect on the contractor market. The Conservative government is certainly the business-friendly government and we hope that the changes that are made, when they happen, aren’t too odious or too onerous.