The Olympics - Looking Back to Look Forward 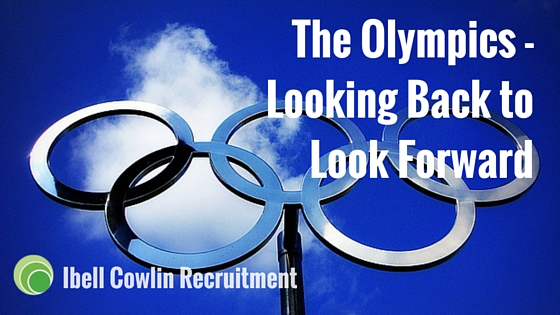 It’s hard to believe that four years has already past since the great success that was the London Olympics and as we quickly approach the 2016 Games in Rio, we thought we would turn our eye to the legacy of London - did it meet the lofty promises sold to the public? Has the impact of the great expense and slick marketing left a positive impact on the local community? Are we a healthier nation as a result of watching sixteen days of the finest athletes in the world compete at the highest level? This blog might not be the best place to discuss the heath of the nation, but we have examined some of the other lasting effects of the £9 billion London Games and some of the more impressive facts include:

The site of the London Olympics was chosen because of the desperate need for large-scale investment and regeneration of the deprived east end. A vision of new jobs, homes and a regenerated community was sold to the residents of pre-Olympic east London. In the UK’s city with the biggest housing problem, lifting areas like Newham and Southwark out of the poor state they were in and delivering new housing and new opportunities was hard to say no to. Unfortunately, what resulted was not what was hoped for by the local community. The redevelopment saw evictions, departures, and gentrification - the original residents soon founds themselves priced out of new developments and social housing reduced considerably. Traditional communities develop organically and expecting a traditional community-like model to spring from the redeveloped east end was hoping a little too much.

One of the greatest fears of any Olympic organising committee is the use (or disuse) of the stadiums and other purpose-built venues for sporting events, after the event itself. The Athens Olympics in 2004 is often cited as the perfect example of how to get it wrong and a contributing factor to the bankrupting of Greece. The crown jewel of their games, the Spyros Louis stadium now sits derelict, decaying and as a constant reminder of the huge financial waste. London was not immune to such fears and ensuring that the beautifully designed, crafted, and ecologically as well as technologically advanced venues continued to be used long after the Olympics left town was at the forefront of the planner’s minds.

The Queen Elizabeth Olympic Stadium was the focal point for London and making sure it continued to be useful was an essential part of the original sales pitch. After a few stutters, West Ham Football Club became the winners to keep the legacy alive and from this year, the Olympic stadium will become their new home. This is fantastic news for West Ham FC, their supporters and the legacy as a whole. In fact, by the beginning of May this year, all season and VIP tickets had sold out for the coming season. West Ham FC can be proud that they now have the highest number of season ticket holders for any of the London clubs and the future for the London Olympic stadium looks good.

The London Olympics may not have been able to produce the sporting legacy the nation had hoped for, but the legacy of the Games is more than just about sporting prowess. The Zero Waste Games pledge has resulted in the development of a sustainability management system for international events that has seen the creation of ISO 20121 (guidance and best practice on managing the social, economic, and environmental impact of an event) which is now the global standard.

As we look forward to the Rio de Janeiro games in the coming weeks, we hope the legacy it creates is as positive as the one London can proudly boast.